There is much talk in town about blockchain in banking, supply chain, energy and health. But did you ever wonder why there’s little buzz about blockchain in the telco sector? We at Untitled INC did. So we performed a deep dive into the subject accordingly. 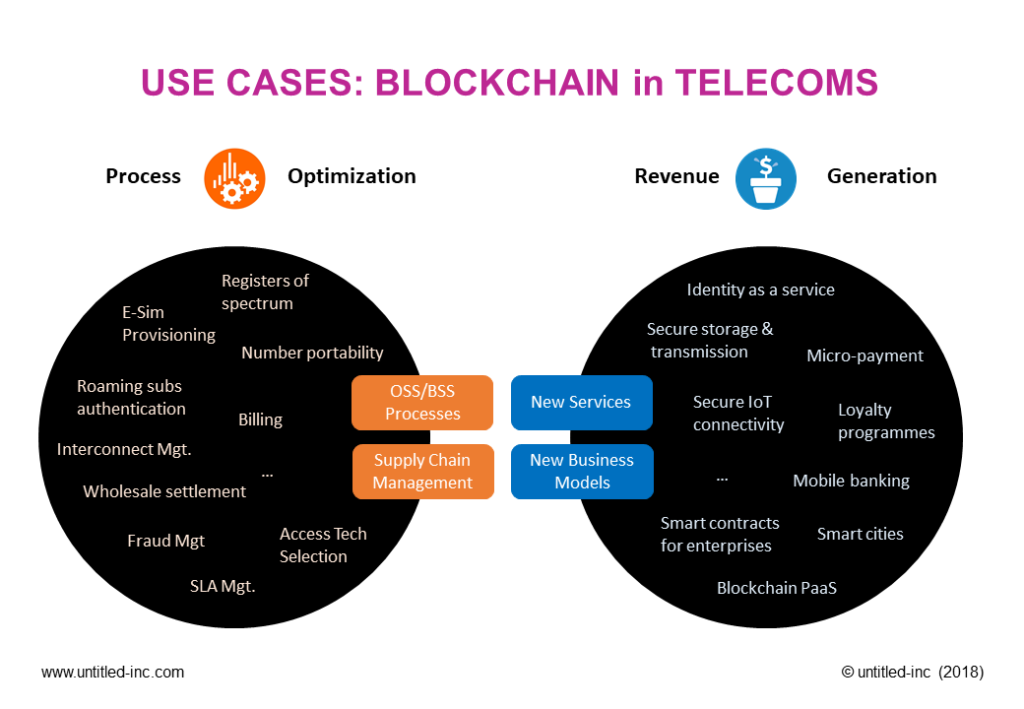 Turns out that there have been many more swipes between blockchain and telecoms than you might expect: plenty of use cases for improving efficiency or building new services and business models are on the screen. Some promising PoCs have already been delivered and the new kids on the telco block already raised more than $210m.

Not in the game yet? Our recommendation: It’s time to tinder!

We can support players in the telecom ecosystem with our executive workshop format:

Covering blockchain and ICO basics, use cases in telecom, new players, what carriers, regulators, equipment providers and handset manufacturers do and options to position yourself in the blockchain/DLT space.

Get in touch to learn more!